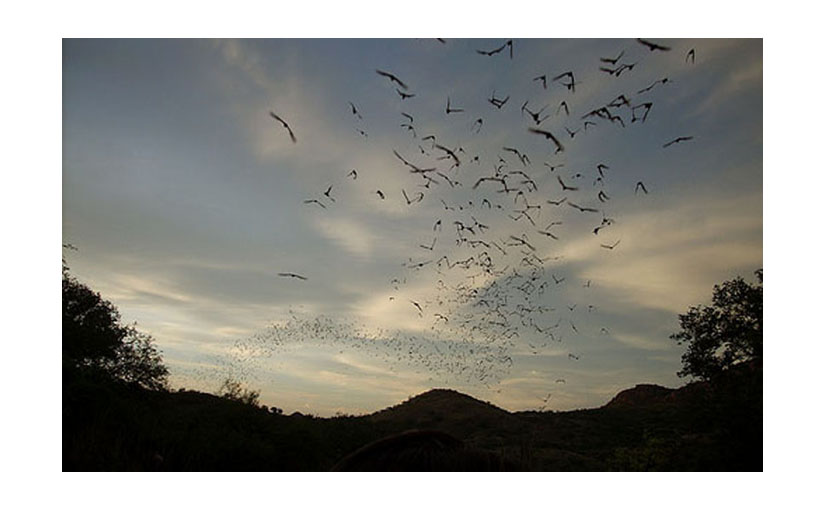 Orlando is a Call to Action – To Fight All Fundamentalism, To Abandon Assimilation, To Be a Part of Radical Movement

That’s where this must begin, where it must stay rooted.  This is an act of hate and violence against queer people, specifically queer people of color.  We cannot lose that in the media spin;  and we cannot lose that that is what is at the base of this.  But we also cannot forget that we queers have never been safe.  This may be the worst attack on our community by size but around the country, everyday in every place imaginable, this is happening.  I’ve been bashed in San Francisco, there have been shootings in the last couple of years at The 19 and The Saloon, both Minneapolis gay clubs – those are considered some of the most “gay-friendly” cities in the United States.

I write this because there is so very much wrapped up in it.  It is a crime based in hate – hatred of The Other – the brown-skinned, black-skinned, the queer, the trans, the Muslim persons.  This is about us. And it is also about so much more.

But it is not about Islam.  It is about fundamentalism writ large.  Fundamentalism as it has spread across the political spectrum.  It is not about a specific religion or ideology – because the problem we face is that of a rising fundamentalism across the board.  When state legislators around the country introduce almost 200 anti-trans, anti-LGBTQA “bathroom bills” and the like in just the last legislative session [1] and queers are beaten and killed regularly and women are raped with impunity and people of color are killed daily by the police, it is not acceptable to exploit this and turn it into an excuse for Islamaphobia.  The right-wing, white-supremacist Christian proto-fascists of conservative America have no space to talk, let alone point fingers here.  They need to sit down and shut up.

But it is not Islam that is to blame here any more than it is Christianity.  It is the death machine of the US global boot, a boot stepping further and harder every day.  That is what created ISIS [2], it is what has devastated the lives of countless humans from the Middle East to Latin America to Southeast Asia, throughout the African continent and across the planet.  It is the militarization and austerity being pushed on almost every one of us around this world in some way.  It is the Trump-esque, media-amplified call to blame the problems we all face on the brown people, the queers, the Muslims, the Other; instead of looking at who is really behind our pain.

Orlando happens because the United States empire has spent the last several decades obliterating the Middle-East, continuing the colonization of Puerto Rico, supporting military coups and expanding the never-ending ‘war-on-terrorism’ across the globe.  It happens because in conjunction with that, we have gutted our own country, our own communities to a point where most people are barely surviving; getting by without the means to access affordable, healthy food; dependable decent housing; liberatory education; liberatory healthcare.  The death machine marches on policing the world, policing our communities, policing the borders all the while the large corporations profit off of all of this pain, profit off of government subsidies and profit off of our own spending habits.  In that pain, people are broken and lose sight of who the real enemy is.

And who is that enemy?  The greedy, wealthy, money and power obsessed who sit at the top playing puppeteer with the rest of our lives.  Those who push war because it makes money, who push domestic militarization and police because it makes money, who push the cost of basic needs like food and housing and public transportation and healthcare and education as high as they can so that they can continue to make money.  Those who refuse to abandon fossil fuels and factory farms so that they can squeeze every last drop of profit out of our dying planet.  It is capitalism and the capitalist elite who have no problem with fundamentalism because it is making them money.

Every right-winger from Trump to the Taliban is the problem.  And they are doing much too good of a job dividing the rest of us. As a queer woman, when I heard the news of Orlando yesterday, so many thoughts raced through my mind.  Some of them the growing fear of fascism that has little to do with the actions of anyone who identifies with Islam. Because I feel that fear most strongly and most often around straight, white, cis men.  And also I thought of the fear of retaliation that must be felt by every peace-loving, just-going-about-their-lives Muslim person who must want to scream at the top of their lungs that they don’t agree with this and and that they too are queer and love themselves or love their queer comrades.

I thought of the upcoming Pride celebrations and I felt sick to my stomach at the increased police presence as if the police are our friends.  I thought of white gay men flying the US Flag and spouting off like they’re guests on FOX News.  Some of us gays have been sitting a little too far on the sidelines when it comes to the larger issues of the violence perpetrated by the United States externally and internally.  Sure, many of us are engaged in liberatory struggles but we know that there are far more of us who are not, who are assimilating, who are silent, who are excited to get married or be in the military or even just be cool and hip but are not placing ourselves as part of a larger movement for total liberation from all oppression, capitalism, all fundamentalism.  And now it has found us even bigger and badder than it did yesterday – fundamentalism wants us dead, too. It always has but we stand in a moment when we can chose which side we are on.  Where we can be more than victim but instead active agents of survival and radical change.  Pride is a celebration of a riot not a piece of legislation.

That same capitalist fundamentalism drives forth the war machines across the globe.  The man who did this worked for G4S.  G4S is the largest private military contractor in the world – it’s a mercenary organization as in literally making money off of war.  Among other activities, it has contracts in Israeli prisons, South African prisons, Youth Detention centers in the US and with US Customs and Border Protection. [3]  But the story isn’t, “US Born Mercenary Takes Aim at Queers of Color”.

As Dave Zirin wrote in his inspiring piece in The Nation,

“Never mind that by all accounts, we know that the shooter—whose name I will not write—was an American citizen. Never mind that he bought the automatic weapons legally, or was a violent misogynist, or worked for one of those shadowy global private security firms for almost a decade, or wasn’t even religious. The fact is that powerful people are demanding their villain of choice. So it won’t be the gun nuts, or those poisoned by seeing women as objects of violence, or the internal culture of these private security firms. It will be Muslims. That’s their narrative of choice.” [4]

But we – all of us, including specifically the LGBTQA community – we need to do better than this.  We need to step up and jump in to fight what is on the rise – fundamentalism of all kinds, including that perpetrated by our own government, across the globe and also here at home.  We have to stand in solidarity with those who are killed by right-wing fanatics and also those killed by the police.  We have to see what is being done in our name and chose to rebel against it.  We need to really, really, really hold in our bodies and our actions every day that our liberation does not come by becoming accepted into that mainstream world;  our liberation is wrapped up with the liberation of every queer – EVERY queer, and every black person shot by the police, every woman who survives a rapist’s attack, every Muslim who will be profiled and beaten, every (im)migrant who is called ‘illegal’ and fears deportation at every turn, every indigenous person who is standing on the front lines to continue their very existence while also defending our planet with their very lives on the line.

So, if you are going to “Pray for Orlando”, then that better be the least you do.  We can mourn and vigil but we also need to act.  We need to build relationships, we need to build a movement for all of us and for so many better things.  For a world where everyone has what they need to survive and thrive and love and not fear violence.

We don’t need more police at Pride or our clubs or our community centers.  Queers of color are constantly, violently policed.  State violence is the daily threat that remains too silent unlike the actions of one lone extremist gunman.  If Orlando matters to you, if it matters to us, then it should be a wake-up call that it is long past time for a POC and queer-led movement that does not buy into the corporate assimilation of ourselves but tears down every corporation and every mainstream, well-funded non-profit because these are not institutions of liberation.  If you are standing on the sidelines of all of the work that a few of us are already engaged in in this struggle, it’s past time to join us.  We need to build our own liberatory, radical institutions.  We need to actively, daily, intensely stand in solidarity with people from all across this globe and recognize that Orlando shows us that our liberations are truly wrapped up together.  That means shutting down the Empire and shutting down this capitalist death-machine so that we can build the world that we want – a world in which we are not just surviving but thriving and safe and healthy and connected to each other and this planet.

So don’t just pray or don’t pray at all.  Take action, take to the streets.  And not just for Orlando… for Vieques, for Falluja, for Aleppo, for Nigeria, for Palestine, for Brazil, for Honduras, for Alberta, Canada, for South Dakota, for Ferguson, for Detroit.  For every queer who deserves a life without fear, a life without violence.  FOR EVERY QUEER.

The Audre Lorde Project – Statement: Do Not Militarize Our Mourning: Orlando and the Ongoing Tragedy Against LGBTSTGNC POC
http://alp.org/do-not-militarize-our-mourning-orlando-and-ongoing-tragedy-against-lgbtstgnc-poc

Statement from the Muslim Alliance for Sexual and Gender Diversity
on the shooting at Pulse in Orlando, Florida
http://www.muslimalliance.org/masgd-speaks/87-response-to-shooting-in-orlando

Democracy Now! – Activist: Latinx LGBTQ Community & Its Stories of Survival Should Be at Center of Orlando Response
http://www.democracynow.org/2016/6/14/activist_latinx_lgbtq_community_its_stories