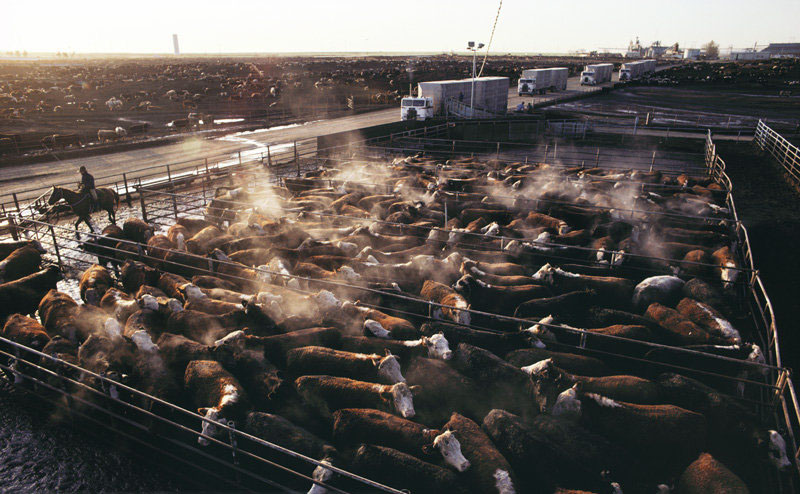 It’s the evening of the last day of 2016 and I’m feeling pretty low. I started this new writing project to discuss rebuilding the radical Left and in these last moments of the year, I feel both the need for that and the incredible weakness of the current Left so overwhelmingly.  There are a lot of reasons for this and I’m realizing that it’s the little pieces of things that affect me so much; maybe just because they serve as representations and reminders of the bigger picture at hand.

I’m really sad.  I’ve actually been crying.  Today, it’s about people eating animals. I know, I know, it’s not in fashion right now to feel this way. Just listen anyway. As someone who has been an active part of radical left organizing community and an advocate of animal liberation for over a decade and a half, I have to say that even I am curious why tonight of all nights, I was breaking down over the meat consumed around me this particular weekend.  It took some time (and the support of my wonderful girlfriend) to help me realize why this was having such an effect on me…

At this moment in time as not only fascism looms in the United States à la Trump but with that the culmination of the Right’s wet dream of climate change denial and a feverish, palpable hatred of the other – i.e. the Muslim, POC, woman, queer, immigrant, etc., what is needed more than ever in my lifetime (if not ever in the last I don’t know how many decades) is a strong radical Left movement. What is needed right now is the ability for people to come together and organize like they’ve never organized before and work harder and be better humans than ever. That is the only way we are going to find our way out of this.

Yet, after almost two decades as an organizer, I have never been so lacking in faith in the Left. We are an empty shell of anything we may have ever been whether 10 or 100 years ago. But what does this have to do with animals, you ask? It has to do with animals and it is also broader than that.  We have ceased to live as prefiguratively as we can.  We no longer think about where we buy things or if we buy things at all.  As I was coming up in the Left of 20 years ago, we always questioned our consumption.  Not because we felt that our consumer choices would save the world but because at our core, we did believe we needed to challenge ourselves to live outside of capitalism as much as possible.  We didn’t buy sweatshop clothing, we were vegan, we opted out whenever possible.  It wasn’t the answer for the world – that was the fight we were also engaged in – it was the answer for us, ourselves, to feel that we lived our politics as much as we could.

Now, the Left has lost this ethical compass and active daily anti-capitalism and, thus, it has lost itself as well.  What do we stand for if all you have to do to claim participation on the Left is show up at a potluck with the right subcultural attire on and know the lingo?  That’s not a movement; it’s a scene.  And it’s failing the world.

As I am laying out in a series of writings right now, in the coming era (and arguably this whole time anyway), if we are to make the world a better place, it will be up to us. There is no lobbying of fascism. Either we make the world the place we want it to be or those in power will. We must take responsibility for this world. A part of this must be that we cease to eat animals. In fact, it may be one of the easiest steps we can take – all things being relevant.  Not that it is easy to challenge our cultural and nostalgic connections to food.  Yet it is something most of us are completely capable of and is much less difficult than the other fights we have ahead of us.

The death and torture of billions and trillions [1] of living, sentient beings is horrific. I need you to pause a moment and think about that. There are trillions of souls that are dying horrific deaths every year. So humans can eat them. We are the Left – we are progressive and supposedly care about things like justice and equality and liberty and freedom and blah, blah, blah. But we don’t care that we just kill other living, thinking, feeling beings with social relationships and independent lives and existences?

I call bullshit. I honestly do not believe that anyone who says that they care about justice, can also eat animals. It is the ultimate hypocrisy. I’ve felt this way my entire adult life.  As I look back at the last year and think about the future we are facing, this is more upsetting than ever.  Why can we not make better choices?  How have we lost ourselves so completely?  I need us to do better.  I need us to return to a strong Left that has purpose, that stands for what is right and just and needed in this world even if it challenges us and makes us uncomfortable.

Because when I am invited to parties or events where people are eating animals and these are supposedly Leftists or radicals, folks who want a better world – in those moments, I become increasingly sad and hopeless and I think: we are going to lose. If we cannot at least make this simple choice – one I’ve made every day for countless years – then we have already lost. Because it is an incredibly small choice to make for a better world. What we have to do is so very much larger than this. So my question is, if we can’t cease to violently, horrifically murder and exploit living beings, how we will we ever fight for a just world?

I have been an optimist my whole life – it’s what has kept me in radical ecological and social justice movement into my late 30s. But I’m here to say right now that if we cannot make personal choices for a better world, I don’t know if I believe we’ll ever make that world. And if we don’t hold at the core of our day-to-day existence a drive to live as our best selves and as examples of a better way for all to see, I don’t believe that we’ll come together collectively to fight either. And if we don’t do these things, then fascism wins, bigotry wins, capitalist exploitation wins. As far as I’m concerned, if you continue to eat animals, you side with that Right wing agenda and you might as well join the Right – because that is where those politics belong.

I know that that sounds harsh but it is truly how I think about it.  Of course, I don’t want you to join the Right.  Instead I want to ask that we all challenge ourselves to face the implications of our actions; to open up our hearts and acknowledge that our choices have effects on the world around us, on other living beings.  We have become all too good at ignoring that and refusing to tie our actions to the chain of events that led to them. This should be anti-capitalism and anti-exploitation 101.  Losing that sense of responsibility and agency in the world has, in my opinion, led the Left to its current low point.

So, here’s the deal, friends. This has brought me to a place that while others don’t seem to want to engage with it, it is nonetheless my most personal truth. It is appalling to me to think of people who don’t have any need to, continuing to eat animals. Therefore, I refuse to witness it. I have been a social justice organizer and activist my entire life.  I have made media and sought to end sweatshops, I have supported people defending forests and stood in solidarity with migrants; I have fought against the cops and taken to the streets, I have countered gentrification and organized against globalization; I interrupt oppressive behavior every chance I get; I have mobilized, organized, agitated, created.  I have fought fascists and built communities; I have danced in deserts and hiked over mountains, I have lived a life of resistance and I have believed in and participated daily in making a world where all living beings – human and not – are liberated. For two decades, I’ve chosen to fight. And I get up everyday and do it again. And I love it. It has led me to have a life I am proud of and never have regretted almost any moment of. And who can say that? I live with integrity and I’m proud of this life.

But I will no longer stand idly by while supposedly radicals and progressives on the Left participate in something so abhorrent. So, if you cannot make the only choice I can possibly consider remotely ethically acceptable, then I will choose to remove myself from the room. If you are going to have meat at your house, dinner, potluck, event, etc., I will not be there. I refuse to condone such behavior and my presence at such events does just that.

I hope that this personal call will resonate with you and you will examine your own choices.  I expect to know if you are going to refuse to choose to do this. If you do not tell me ahead of time and I arrive and there is meat there, I will leave. I expect the best from my comrades. This is a small thing to ask among the tasks we have set before us. I hope that you can hear these words and take them seriously. I want to find hope again in this coming year. I wish for my community to be a part of rekindling that hope.

Additionally, the upcoming posts on this blog will be highlighting the numerous reasons from climate change to world hunger that should be more than enough reason for humans to cease to eat animals. Please check back for those writings.
1. 70 billion farmed animals are reared annually worldwide. More than 6 million animals are killed for food every hour. As many as 2.7 trillion animals are pulled from the ocean each year. These and many other referenced, linked to facts can be found at the link: http://www.cowspiracy.com/facts/
[BACK]