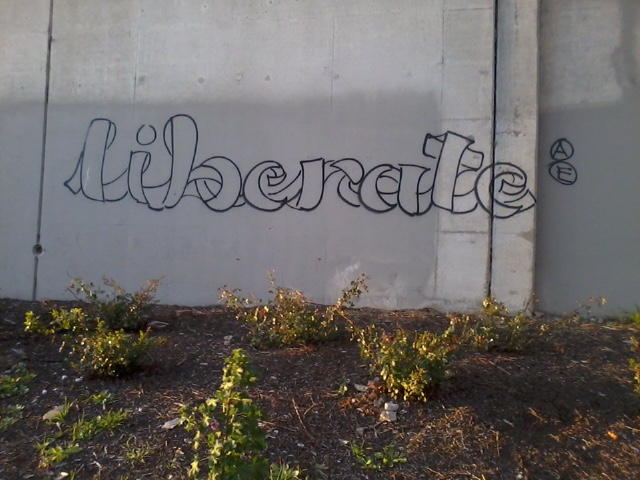 So, what do I do?  One possible response to the question those who are freaking out right now keep asking.

As this new blog has taken shape, it’s been framed (or so I’ve hoped) as a means for me to be in conversation with the radical left, primarily in the US – though not exclusively – just simply because that is where my own life experience has been.  In this piece, I want to broaden out the first part of that much further in order to address a question I seem to be getting a lot right now: “What should I do?”  Mostly this is coming from folks in my life less connected in with the radical left but nonetheless individuals who generally care and are concerned in these times.

So this is for them and, if you are out there getting similar inquiries, maybe this could help.  Or give me feedback if you think there are significant things missing.  For those of you looking for the answer to this question, I have to tell you it isn’t easy (or I would’ve just answered you on the spot).  You might not like it because at it’s very core, it means that you must act and you must challenge yourself in ways you probably never have before. The answer isn’t easy – if you’re looking for an easy answer, you will find the world offers you little more, at best, than what is happening right now.

First.  Accept commitment.  The struggle is long, it requires ongoing, consistent work.  Including on ourselves.  Sure we all take breaks when need be from time-to-time but real change requires more than short-term reactionary thinking and action.  Start with yourself – what do you care about?  What do know how to do or what skill could you develop?  How can you push yourself to learn what you need to know to be a part of movement?  This is not a quick thing; it shouldn’t be.  We need to think bigger than that.

Second.  Stop just reacting.  People are upset right now – understandably – but if we just freak out and react to each upsetting thing, we’re never going to get anywhere and we’re going to continue to lose.

When all we do is react, we set up a few problematic things…  a) we aren’t developing a longer-term strategy to create the world we want to see.  b) we’re not building movement toward that world NOR towards taking down the current one (and thus, arguably, propping it up instead).  c) we’re not developing ourselves or our communities politically; instead we’re standing still or narrowing by keeping within the smaller grouping of folks already in the know, going through the motions with diminishing creativity.  d)  we get stuck in the politics of demand wherein we’re asking for things – from other people – to not be so bad instead of taking control of our own lives, communities.

Additionally, the reality is that they don’t care.  So, then again, we’re not building, we’re not creating, we’re not taking responsibility.  We’re just getting increasingly stuck in the quicksand of fascism and oligarchy masking itself as ‘democracy’.

Third.  Accept that old strategies and tactics (the Left has mostly been doing the same thing for about 60 years if not more) must be critiqued, re-thought, scrapped when necessary (pretty much entirely) and new ideas brought to the table.  Which means that if people are doing things that you somewhere have filed away as ‘wrong’ for some reason, rethink that.  In my experience, often times, people only like tactics that keep them in their comfort zone.  We live in the empire and it just went full fascist – long past time to leave the comfort zone.

If your whole life, you’ve lived in and benefited from the white-supremacist, capitalist, empire of the U.S., deconstructing that cannot just be a mental exercise, an HR seminar.  The institutionalized politics of that are never going to lead to liberation for all beings.

The world you imagine doesn’t need to match everyone else’s – it shouldn’t.  What you want is not right for everyone else on this planet – it’s not.  Nonetheless, your actions affect countless others.  We live in late-stage capitalism in the heart of the most powerful empire in human history.  Everything you buy and everyone you vote for contributes to that. That sounds daunting and it is (somewhat) inescapable.  BUT it is also real and if you can accept that reality, you can begin to break out of what you’re “supposed” to do and actually start creating a better world.

Fifth.  It’s up to us.  And it should be.  One of the most insidious effects of both capitalism and so-called representative democracy is that they divorce us from the reality that we have agency.  We need to stop asking others (who do not share our interests) to do the work for us.  We must.  I find this liberating.  I want to come together with others and have responsibility over my own – our own lives, our communities.

So, what does this all mean?  Tangibly?  As you are taking this all in, thinking, self-educating, strategizing, talking with others… start thinking about how you can come together with a group of folks.  Even if it’s just a few.  And think about what you can do – NOT what you can ask some politician to do – what you together can do.

If I were to imagine the world I want to see and the way I see us getting there, they line up.  They’re small groups of people making the world – a liberated world without the repression of the state or capital, where people have what they need and can find joy.

Where is your group in that?  How do you relate to others?  Movement, revolution, these are built on relationships; they are dependent on them.  What is important to you?  What can you build?  What can you tear down?  How can you rethink how to make change?  How can you be open to new ideas?

Because here’s the hard facts.  A new era of oligarchical fascism is here.  Our old tactics are not going to suffice.  This is a moment; it’s an opportunity to break wide open the cracks in the sidewalk, in the system.  WE have the opportunity to build something strong and powerful; autonomous and joyous.  But there is a lot to do.  The time for hand-wringing is over.  It’s time to get to work.  It will feel slow at first but we must build something solid if we are really going to shift things.

This is also an opportunity – and here’s what lies at the heart of my answer to this question so many of you have asked.  I don’t hope for a Democrat in the White House in four years.  The last 8 have been catastrophic.  I hope for something much more – that completely different world that I want to see – that is what we have to work towards.  A world of many worlds as the Zapatistas say.  A world that is not just good enough for those of us with privilege to feel comfortable.  A world where all are liberated and have control over their own lives and communities.

The answer is:  let go of the trappings that have held you in your political box and begin to come together with a real vision for something better.  Do that with others that you know and can share that vision with and figure out what little piece of that better world you are going to work on.  Then connect with other groups like that.  Maybe you want to create something; maybe you want to destroy something.  We need it all.  Look to those in your life who’ve thought about it and worked on it and ask hard questions and seek to learn more so as to move forward consciously and with clear purpose.

I will continue to try to post resources towards this and am open to sitting down with folks to talk more about it all.  If you are out there, reading this and you don’t know me – cool – hopefully this is somewhat useful. I’ll post more soon.  Here’s is one podcast I like that is worth a listen: